You will find them under the Assets/FORGE3D/DamageFX path in your project folder.

Both examples will provide you with the on screen help and values which will be updated by the  Damage FX Script Component to the Damage FX Shader on the next impact that you trigger.

The text and background tech plate meshes have the underlying geometry layer which demonstrates the most of the effect. Shooting at the text will reveal rust as its outer mesh becomes hidden on the damage application.

There are three new mesh samples in the scene. Some of them contain multiple parts and various implementations. 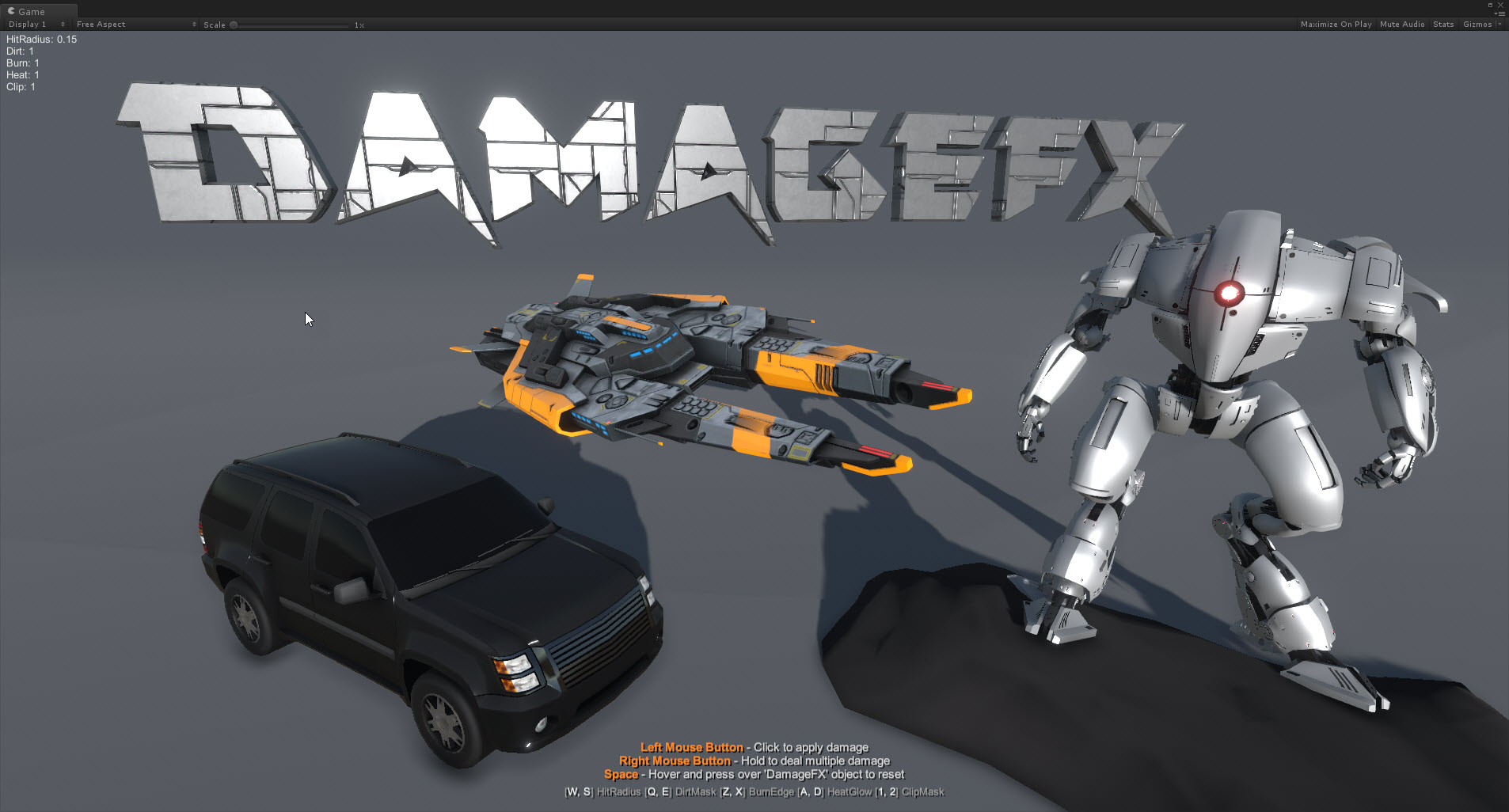 BE THE FIRST TO KNOW WHATS COMING